All TAs and AIs teaching classes in the Department of Theatre & Dance are listed here. Some are department MFA students (Dramatic Arts), while others are Ph.D. students in Performance Studies (an interdisciplinary Graduate Group). Visit the Performance Studies website for more information.

Jennifer Grace received her BA from Kansas State University in 1997. She has been working as a professional actor since, most notably in a record-shattering run as Emily Webb in Tony award-winning director David Cromer’s critically acclaimed production of OUR TOWN, which she performed in Chicago, New York and Los Angeles, opposite actors such as Michael Shannon, Helen Hunt and Michael McKean, and for which she was recognized with a Theatre World Award for Outstanding Off-Broadway debut.

Verónica Díaz-Muñíz is a Chilean director, playwright and theater educator with a background in the area of movement and testimonial theater. Her work engages with questions of gender and womanhood, and her creations evolve from a particularly feminist perspective. She is a founding member of “Toma Teatro” in which she has served as director and playwright since 2015. Her research aims to create alternative theatrical spaces and practices where liminality converges with the political.

Isa is a performing artist and somatic researcher who has worked for over a decade with movement/dance modalities and experimental theatre techniques that promote self reflection. Through her developing methodology, Dialoguing the Unconscious, and her Ph.D research, she is investigating the question: How do we share/acknowledge knowledge that can’t (in a “regular” way) be seen? She is deeply invested in pre-colonized ways of knowing.

Diego Martinez-Campos is a Mexican performing artist, choreographer, and movement educator currently based in Sacramento, CA. He strongly believes that art has the power to enrich, transform, and change people’s lives through play, collaboration, and education. To know more about Diego, visit www.creatifcreature.com

Tasa Gleason holds a BFA in Dance Performance from Cornish College of the Arts, Seattle WA, and a certificate in Apparel Design and Merchandising from College of Alameda, Alameda CA. She has been designing and creating costumes for dance and theatre for over 15 years. Having a background in performance and choreography offers Tasa an understanding of what is unique about costuming for dance and theater, it also means that she shares a vocabulary in regards to movement that is indispensable to her when collaborating with directors, choreographers and dancers.

Sarah Ashford Hart is a socially engaged performance practitioner, scholar and educator from a Canadian-Venezuelan-American family background. Over the past 12 years she has developed her arts practice in Russia, England, Venezuela, Chile and the US. Her work explores participatory techniques for generating social dialogue across barriers of cultural difference, by creating multilingual spaces to explore the mutability of ‘belonging’ and ‘community’.

Ante’s interest as an academic researcher in the domain of circus is in acts, events, shows, and performances that offer a unique set of possibilities to widen perception of circus; what and who it encompasses, its politics. Currently, he is investigating the animal-human relationship in traditional and contemporary circus. Most of his career as a performer and choreographer has taken place in the field of New Circus. Ante visited the circus school in Brussels (ESAC) and Berlin (Die Etage) and Moscow.

Tom Burmester founded the Los Angeles Theatre Ensemble in 2004, where he served as Artistic Director. He also presided over the historic Powerhouse Theatre as Managing Director during the Ensemble’s tenure (2008- 2011).

Deepa Mahadevan is a classical Indian dancer and the Founder/Artistic Director of Tiruchitrambalam School of dance, Union City,CA. She is interested in examining the role of gender, caste, sex, class and religion in the form and content of the dance form Bharatnatyam, a South Indian neoclassical dance form.  Her research interest proceeds to delve into the transmission of this dance to second generation immigrant students, especially in the context of the North American Diaspora.

Lisa Quoresimo is Assistant Professor of Musical Theatre at Southern Utah University. She is an internationally produced composer and playwright, and an active director and performer.

Eric’s artmaking, clinical work and academic research are organized around the material aesthetics of psychoanalysis. He is in private practice in Davis and San Francisco, and his project is an aesthetic (mis)translation of developmental attachment theory into a feminist materialist revision of the psychoanalytic project. 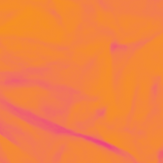 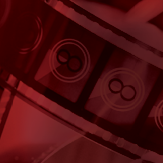 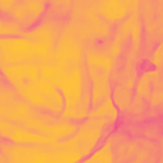 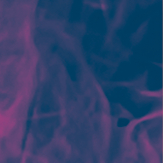 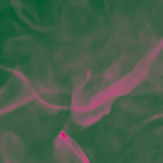 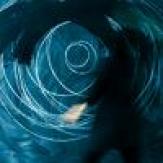 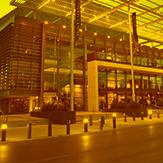 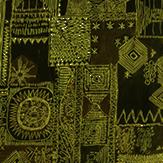 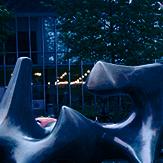 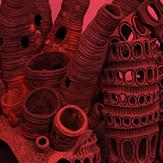